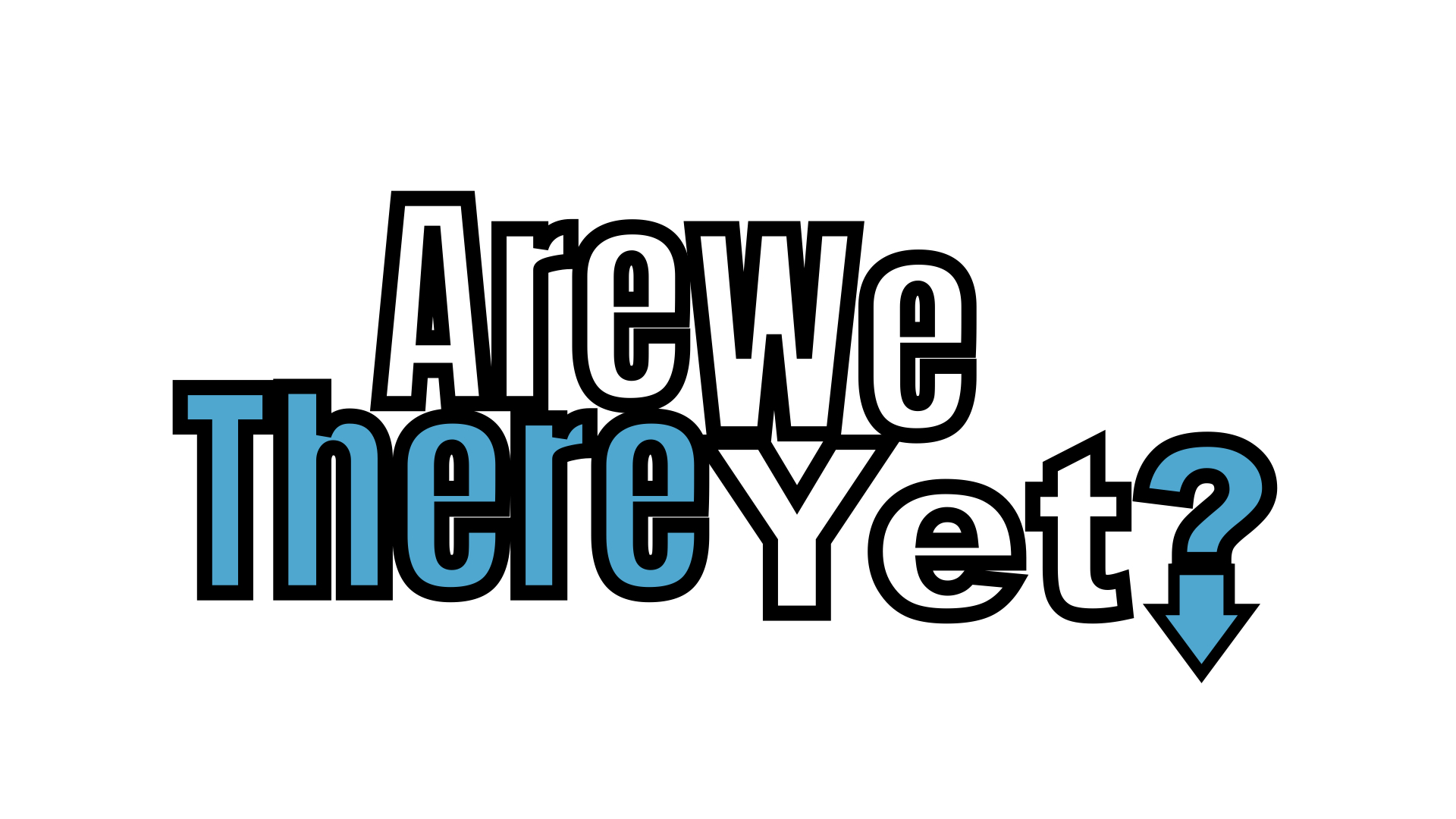 We have summer break coming up and that inevitably means for families, those long car drives with the children in the back asking that time old question 10 minutes into the journey ‘Are we nearly there yet?’. Other questions can be included like: ‘Can we stop for the toilet?’ ‘Can we have something to eat?’ or ‘Are you sleeping?’

We have met and we meet people who are similar, they ask questions but are not in the least bit interested in the answer. Irrespective of the answer, it does nothing to change or influence their position or situation.There are also those who will not answer the question…they’re called politicians.

Jesus met people that were exactly like this. Those who were not interested in the answer. Those who would not answer the question but He also met those who were asking the wrong question.

Jesus knows that discipleship is not a journey without direction. He does not take us on an experience and simply answers questions that we may have along the way… that’s called a friendly chat. Instead Jesus is committed to getting us to move on and grow into a spiritual maturity. We come to Him as we are but He does not expect us to stay as we are.

Some Bible scholars estimate that Jesus was asked 300 questions during His recorded ministry. But He gave straight answers to only three.

John 6:28 – 29 Then they asked Him, “What must we do to do the works God requires?“Jesus answered, “The work of God is this: to believe in the one he has sent.”

Matthew 13:10 – 11 The disciples came to Him and asked, “Why do you speak to the people in parables?” He replied, “Because the knowledge of the secrets of the kingdom of heaven has been given to you but not to them.

John 9:2 – 3 His disciples asked him, “Rabbi, who sinned, this man or his parents, that he was born blind?” “Neither this man nor his parents sinned,” said Jesus, “but this happened so that the works of God might be displayed in him

Scholars also say that Jesus Himself asked around 125 questions, many of which were in answer to questions He Himself was first asked. In other words, if you ask Jesus a question you had better than a 1 in 3 chance of being asked one in return.

We want answers and we want them fast. When we ask a question however, the question itself can often reveal something key that we don’t yet understand, more significantly something more important than the actual answer.

A very simple example of this occurred when the rich young ruler approached Jesus.

The first part of the question 17 ‘Why do you ask me about what is good?’ might seem a little strange But the second half is even stranger ‘There is only one who is good.’ All the rich young ruler wanted to know was ‘What can he do to enter the kingdom of heaven?’

By asking the question ‘Why do you ask me about what is good?’ Jesus was able to go on to point out that ‘There is only one who is good.’ God Himself. Jesus is hoping that the rich young ruler will realise His true identity, who He is that He is the Christ, by making the connection.

If you have seen me you have seen the Father ‘I am the way and the truth and the life. No one comes to the Father except through me. If you had known me, you would’ve known my father also. From now on you do know Him and have seen Him.’John 14:6-7

The real question the man needed to ask was not What do I need to know? but rather ‘Who do I need to know?’ Sadly, the young man fails to grasp what Jesus is saying and therefore, Jesus simply continues to answer the questions presented to Him.

But He wanted so much more for the young man and He wants so much more for each one of us. He wants every single one of us to enter into relationship with God the Father through knowing Him. But we need to be prepared to ask the right questions and be open to the revelation that comes through Holy Spirit. John 14:9 Have I been with you so long and you still do not know me? Do you not believe that I am in the Father and the Father in me?

The goal of Christ’s mission on this earth was to reveal the character of the Father to us. The question remains the same it’s not what you need to know, it’s who you need to know.

None of these are the right question:

What does it mean ‘Jesus saves?’

Did Jesus say He was God?

Is the resurrection true?

Did Jesus go to hell between His death and resurrection?

How can Jesus be God and man at the same time

How can God be three yet one?

Why didn’t Jesus get married?

You are the Christ, the son of the living God. Blessed are you for flesh and blood has not revealed this to you but my Father who is in heaven. Matthew 16:16-17

Are you there yet? because Jesus is waiting for you.