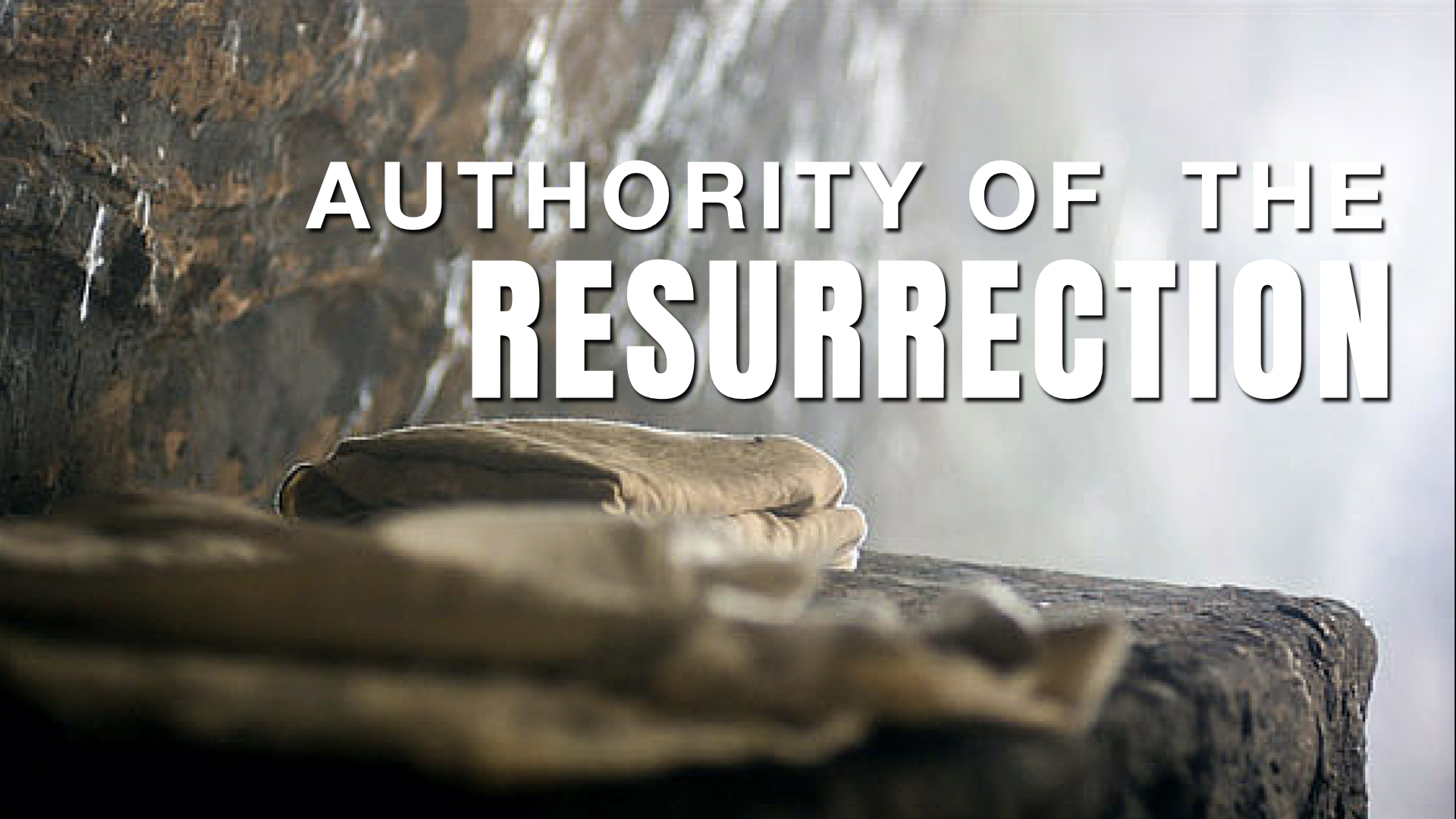 John 19:30 ‘it is finished’ Jesus was hanging on the cross and this was one of the seven recorded, last sayings of Jesus. And so Jesus did not need to stick around after the crucifixion in order to complete God’s plan of salvation. The plan of salvation was completed in that moment.

Jesus hung on the cross and as He did He no doubt had in mind the many prophecies concerning Himself Micah, Isaiah, Jeremiah, Hosea, Zechariah, Malachi. Prophecies about His birth, where He would be born, where He would do most of His ministry around Capernaum. Prophecies about Bethlehem in Judea. He would even have to go down to Egypt to fulfil Hosea 11:1 ‘out of Egypt have I called my Son’.

Everything Jesus did whilst here on earth, He would have been conscious of what the prophets had previously said about Him. As He hung on the cross knowing that all the prophecies had been fulfilled he declared ‘It is finished’.

Isaiah had written 35:8 And a highway shall be there and it shall be called the Way of Holiness; the unclean shall not pass over it. It shall belong to those who walk on the way; even if they are fools, they shall not go astray.

A highway is tool of connection, connecting two reference points together. Jesus hung on the cross between heaven and earth arms stretched out symbolically one toward God and the other symbolically toward humankind.

He declares again the truth of John 14:1 ‘I am the way, the truth and the life no one comes to the Father except through me.’ I am the highway the way of holiness spoken about in Isaiah. I am the connecting point between man and God.

To die on a cross is to be cursed according to Jewish tradition but Jesus reversed the curse by rising from the dead.

Jesus had completed the work His Father had entrusted to Him John 4:34. And Christ’s victory assured the salvation of humankind.

It was done, everything finished and completed but Jesus stays around after He came out of the grave, Why?…in order that many questions would not be left unanswered.

When they went to report what they had seen, they were told: We’ll give you money to say the resurrection didn’t happen Say the disciples took the body whilst you were asleep. We know there is punishment for falling asleep on the job but we’ll cover for you and make sure nothing happens to you…but say it didn’t happen.

So they tried to spread the lie, telling people the disciples had taken the body of Jesus.

But Jesus knowing the hearts of men decides He’s having none of this and so sticks around after the resurrection for about 40 days appearing to different groups of people, so that they will know that my body was not stolen but that I have truly conquered death and the grave and am alive forevermore and people will know that I have risen from the grave. Hallelujah!

He appeared to His disciples on various occasions about eleven times in all: There are five or six notable occasions.

He appeared to Mary Magdalene in John 20:15 where she thought Him to be the gardener.

He appeared to the ten disciples, ten because Judas has already hung himself. In this setting Thomas called Didymus was not present John 20:19-24 in that upper room.

Eight days later John 20:26-28 when Thomas is present in the upper room Jesus walks through a locked door and appears again to the eleven men gathered.

He appeared to two of the disciples on the road to Emmaus Luke 24:13

He appears on the banks of the sea of Tiberias, to the disciples who had gone back to fishing. John 2:11-14

Matthew 28 and Mark 16 He appears to the disciples giving them the great commission to go into all the world, every nation to preach the gospel and teach people to keep His commands. To baptise people in the name of the Father, Son  and Holy Spirit and He will be will us to the end of the age.

It was Passover and Jesus who is our Passover lamb could not have offered up His life at any other time. The Passover lamb had given His life, gone into the grave because He had authority/power to do so.

But death and the grave could not hold Him because He has the authority/power to take up His life again and so on the third day He came out of the grave. Hallelujah!

No human can rescue us, only God Himself is able to rescue and so God became human in the person of His son Christ Jesus.

The business of the disciples had finished and so they were getting ready to return to Galilee but Jesus said stay a little longer, I don’t want you going back empty handed, there is something else that I want you to have.

.Before you went to the cross you had me. Peter when your taxes were due you had me. I told you to go down to the water and pick out a fish, look in it’s mouth and there was enough money to pay your taxes.

Peter when your mother in law was sick, I went to your house and healed her from a fever.

When you were hungry in the wilderness, I was able to feed the multitudes by taking two fish and five loaves, feeding 5 000 men not including women and children. But my work on earth is done and I have to go back to our Father in heaven but you will not return by yourselves.

I told you in the upper room that you would receive the one who is the comforter, I’ve been your comforter, companion but there is another and He will bring His ‘dynamis’ power.

Hallelujah!, we are not able to go anywhere without carrying the presence, power and authority of the Holy Spirit because the resurrection secured for us this new life.

Thing to notice in Acts 1:8 But you will receive power when the Holy Spirit has come upon you and you will be my witnesses in Jerusalem and in all Judea and Samaria, and to the end of the earth.”

Jesus specifically said that they would be His witnesses. Witnesses of Jesus yes but what specific incident of His life?… His resurrection.

As people with a Pentecostal persuasion Elim and other Pentecostal streams, we still haven’t grasped why we have Holy Spirit.

Not just so that we can speak in tongues, He will speak through you but that’s not why He came. But so we have the power and authority to bear witness to the resurrection life of Jesus, Hallelujah!

Jesus sent Holy Spirit to the disciples so that they could be effective witnesses of the resurrection.

But even though they teach us to live a good moral life they don’t give us the power. John 1:12 But to all who did receive Him, who believed in His name, He gave the right to become children of God,

Christianity doesn’t just teach us how to live but when you receive the risen Christ by faith, He becomes the power and authority within us by Holy Spirit that enables us to live according to His word.

The resurrection tells us that when life goes out of this mortal frame, it’s not the end.

Jesus alone gives us the hope of eternal life, through the authority and power of the resurrection.

For those of you who are trying to get all you can, who believe that this is all there is I pity you.

Because the hope of the follower of Jesus is just as He conquered death and the grave, because He came out of the tomb proving that all power and authority are His.

What makes Jesus’ resurrection so special and unique is all the others were resurrected only to die again but not Jesus He lives forevermore.

Eternal life is not something you get in the grave but is something that you have right now. If we know Jesus and are saved we have eternal life. We do not celebrate an empty tomb but a risen saviour because Jesus alone has the power and authority to lay down and take up His life.