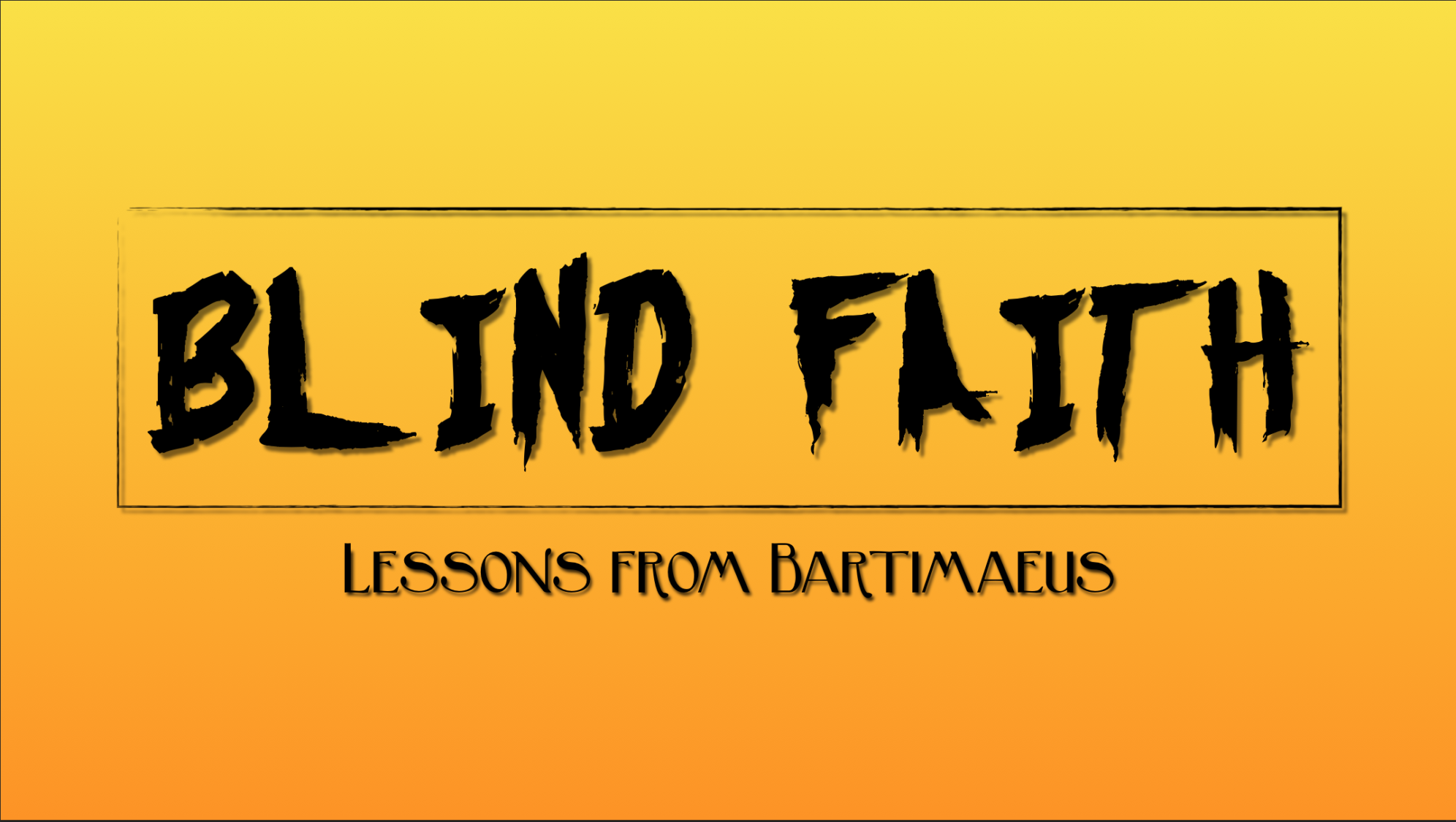 Pastor Alan Hamilton brings a message of life lessons from the account of blind Bartimaeus and his life transforming encounter with Jesus.

His Condition – was two fold he was blind and he was begging. Bartimaeus probably assumed this was as good as it would get in life and nothing was going to change…until he encountered Jesus

Life will tell you that your station in life is set. Most of his life he was begging and had experienced rejection, ridicule and people telling him what his place was in society. When Bartimaeus found his voice people around him told him to shut up and there will always be people telling you to not say anything but God is calling a church to find its voice and stand up even in the difficult places.

Jesus has habit of turning up in the ‘wrong’ places, those places where religion would say you cannot go. It is not important where Jesus finds us, what counts is how we respond when he does find us.

He Had a Conviction – He was asked by Jesus what he wanted the most. Bartimaeus did not ask for wealth or prestige but simply asked for what he needed, to see. Batrimaeus was convinced that Jesus could heal him. What you believe is important. There are three types of believers  in this world & what we believe is important. Those who believe, those who don’t believe and those who make believe.

There is a difference between conviction and belief. We can hold a belief but a conviction will hold us. It wasn’t the volume of Barimaeus’ call it was his faith that attracted Jesus.

His Call – Jesus stopped to have an encounter with Bartimaeus. When we turn aside to God, he will always turn aside to us. God takes time not just to hear us but to help us. In responding to the call of Jesus Bartimaeus stood up. We know he sat down a lot but he never stood up until this day. Some times we have to make a stand and seek God when He calls. Isaiah 55:6

His Conversion – after Barimaeus responded to Jesus it says ‘…and he came to Jesus.’ Sometimes before Jesus puts something on we need to throw something off. Bartimaeus threw off his cloak. It is impossible to have an authentic encounter with Jesus and not be changed.

His Consecration –  He has his conversion and Jesus tells him to go and Bartimaeus didn’t want to go he wanted to stay with Jesus. Psalm 4:3