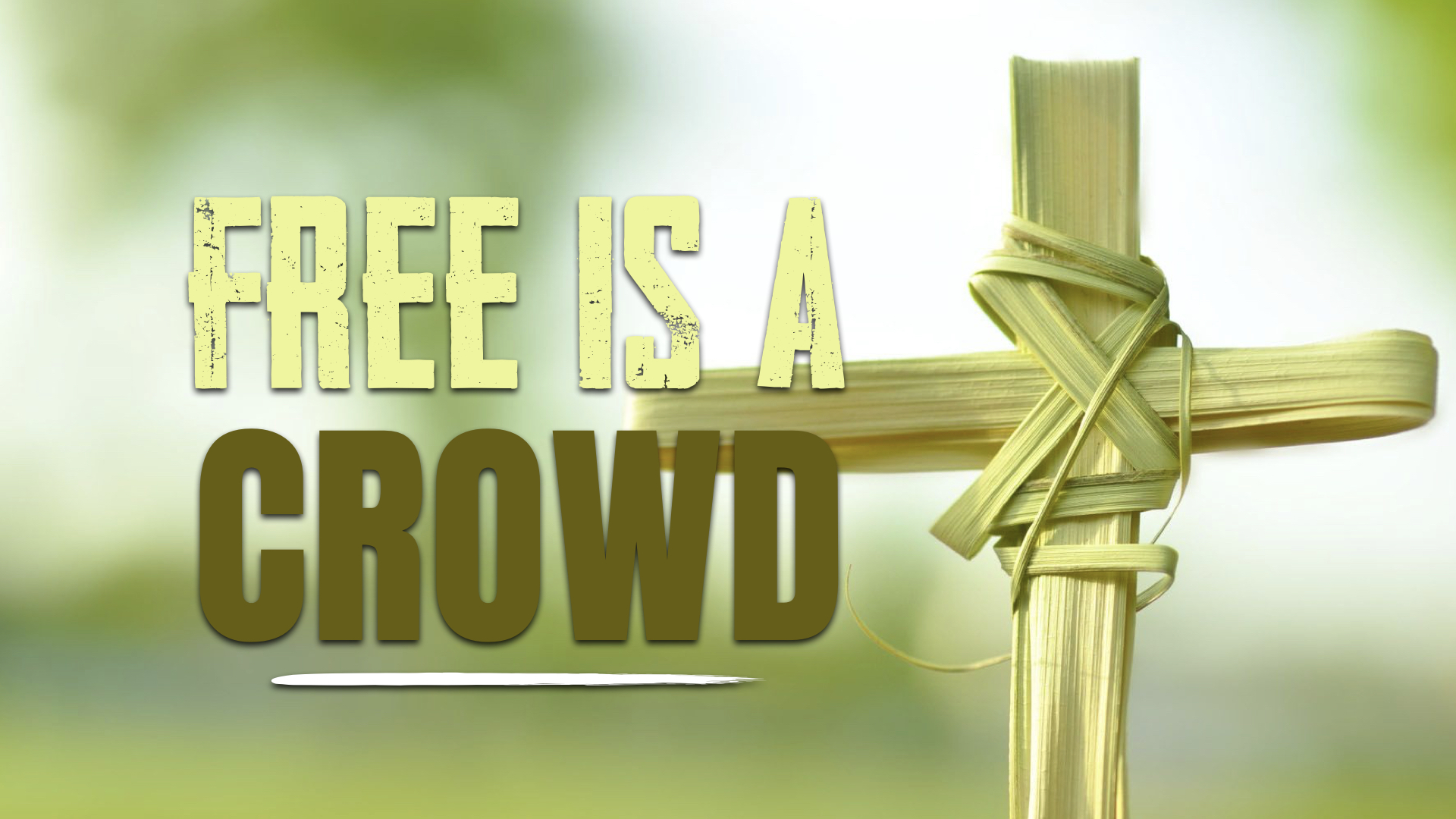 For three years He had captured the hearts and attention of His Jewish brothers and sisters. So when Jesus arrived in Jerusalem, the week before the annual Passover celebration of Israel’s freedom from slavery in Egypt. He was greeted by a large crowd of admirers who laid palm branches and cloaks on the road in front of Him. They did this as an expression of their belief that Jesus was the one of which their prophets Isaiah and Zechariah foretold some 500 years previous, of the Messiah who would free them again from their oppressors.

Zechariah 9:9 wrote: Rejoice greatly, O daughter of Zion! Shout aloud, O daughter of Jerusalem! Behold, your king is coming to you; righteous and having salvation is He, humble and mounted on a donkey, on a colt, the foal of a donkey.

By the end of the week however, many were ready to assign Him to a criminal’s fate.

To ride into the city on a colt, rather than to walk into it as He had done many times before, was a declaration. Riding a colt into the city was a public declaration that He was the promised King.

In times of war conquerors would ride in chariots or upon prancing stallions. But in times of peace, the king would ride a colt to symbolise that peace prevailed. So, for Jesus to ride into Jerusalem upon a colt is to declare that He is a King proclaiming peace.

Crowds can sometimes be scary and other times supportive. There are cheering crowds such as when our favourite rugby team scores a try. There can be jeering crowds and there is also a ‘crowd mentality’.

We have heard of ‘mob rule’? referencing the mentality of a crowd. There is no space for individual thoughtfulness. No time for reflection, just an immediate and mass response. One thing that is true from the moment a crowd gathers, is this: There are usually two sides in a crowd. For example in a packed sports stadium, there are those who are for one team, the cheerers and those who are against, the jeerers.

The crowd that Jesus faced as He entered into Jerusalem was both. It started off as a cheering and supportive crowd. But watch out Jesus! Because in a very few days, those same people are going to be a very different sort of a crowd for you! Those cheering in the crowd are very soon going to turn into those who laugh jeer.

People came from far and wide to hear Him; to see Him, to witness the amazing things He was doing.  But in any crowd, then as now, there are two kinds of people. The believers – the cheerers and the doubters the jeerers. And quite often in the Bible when we are told of the reaction of the crowds, we become privy to the behaviour of the onlookers.

If we look past Good Friday, past Easter, to the events of Pentecost and to the time when the Spirit descended on the disciples like tongues of fire and they began to praise God and speak in other languages, we discover that some of the onlookers saw it as a miraculous event. To others it was just like a big drinking party! ‘They are filled with new wine’ they said. Acts 2:13

But we know just as a crowd takes shape, as ‘mob rule’ comes into effect, the sentiment of the crowd consolidates and solidifies. The mind of the crowd moves to one side or the other, of an issue.

In such a crowd there is only a couple of ‘safe’ ways to behave. Either go along with the crowd or keep quiet. If you don’t agree better stay silent, or leave unnoticeably.

The disciples must have thought they had it made, we’ve arrived, success at last! Where are those arrogant Pharisees now? We’ve got it made with Jesus! The people are all for Him. They recognise that He is the promised one, the Son of David, everything is going to go our way. But Jesus knew what was to come. He knew even as the people shouted on Sunday Hosanna in the highest – hosanna to the Son of David – Blessed is He who comes in the name of the Lord

Not only was Barabbas’s first name Jesus, but his last name, Barabbas, means son (bar) of the father (abba).

So Good Friday sees two people named Jesus, each a ‘son of the father’, but opposite fathers. Jesus the Christ an innocent man about to murdered and Barabbas a murderer, about to be set free. How quickly things can change. One week a hero, the next just another victim, a person, an object, to be spat upon and scorned to be beaten and killed.

We also cheer with the crowd that cheered for Jesus and rightly so, for Jesus deserves all our cheers. But we have also cheered with a heart heavy with the knowledge of what is to come. And in that we are closer to Christ and His knowledge of the real situation than the disciples were.

Jesus knew all of this. He knew that just over the horizon, on the vista of His life was the cross, ready to consume Him. But Luke 9:51 tells us that in spite of it all, Jesus still ‘…resolutely set out for Jerusalem.’

The cross signifies resurrection, a cross that speaks of forgiveness. The cross upon which Jesus died is a holy mystery. It is a mystery that the crowd could never quite accept. A mystery which you and I cannot truly understand but which, when we receive into our hearts by faith in Christ Jesus, it turns earthly despair into heavenly triumph.

Hosanna Jesus! Hosanna, blessed are you who have come in the name of the Lord to save and deliver your people. Blessed be your name now and forevermore. Hosanna in the highest heaven. – Amen