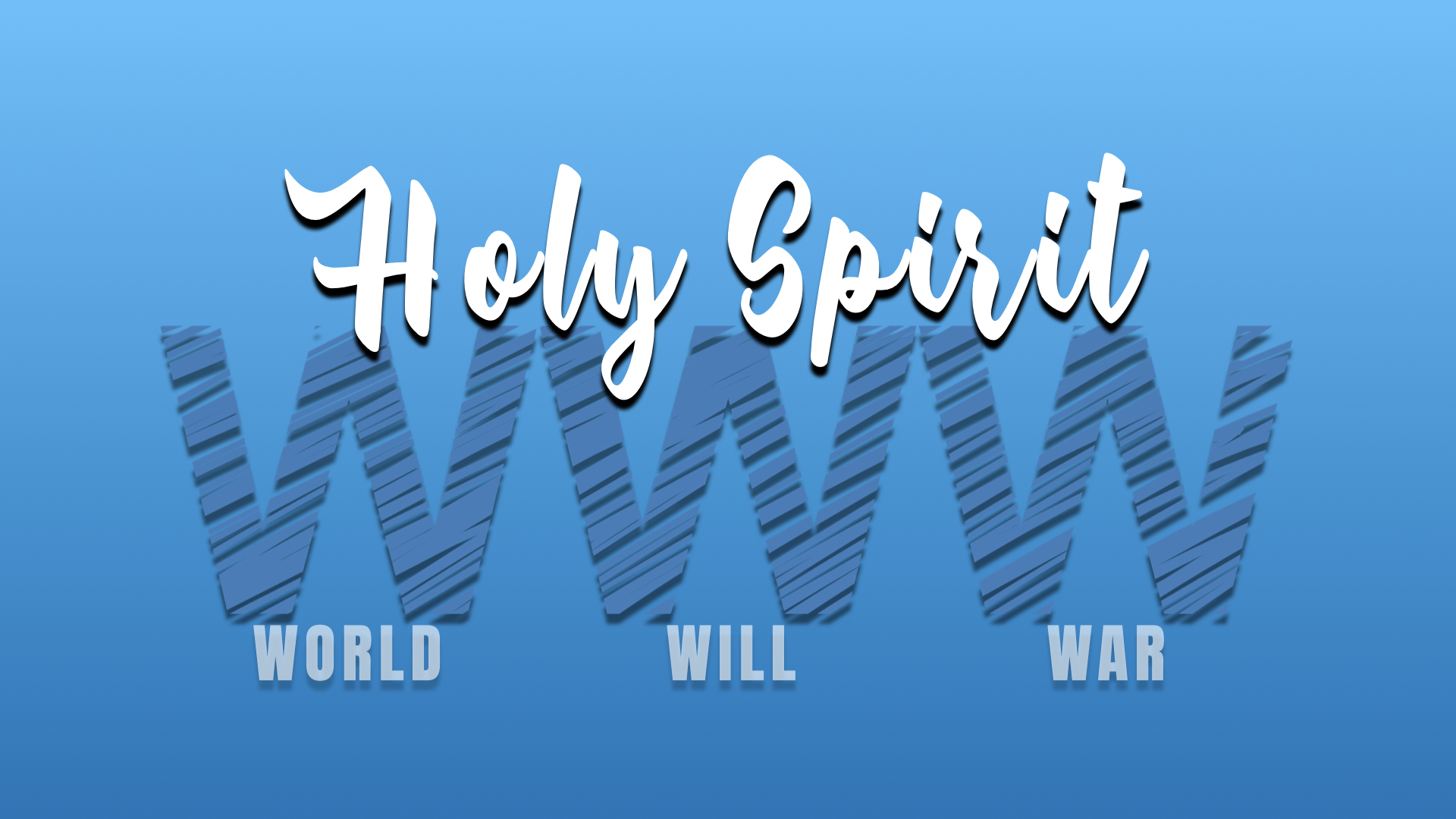 Social scientists those who follow the trends of society said a number of years ago, that for the most part, we adults are out of touch with what is happening in our world. We are out of touch with what is going on with the young people. They said we are living in a day and moving towards that time, when the young people will have no consciousness of evil. They will not even know what evil is and so, they will be able to commit the most horrible crimes and not feel any sense of remorse.

Many times no doubt, we have observed the remarks of the commentators after a serial killers are caught. When they are sitting there being tried or even when sentence is passed, so often the remark is, “And they showed absolutely no sign of remorse.” They have consciences that seem to be cauterised.

Holy Spirit convicts us of sin. He speaks to the world of sin. But people can and do resist the work of Holy Spirit.

When Stephen was standing before the Jewish council, he accused them of resisting the Holy Spirit, even as their fathers did. Acts 7:51 “You stiff-necked people, uncircumcised in heart and ears, you always resist the Holy Spirit. As your fathers did, so do you.

When Jesus arrested Paul on the road to Damascus, Jesus said to Paul Acts 26:14 ‘Why are you persecuting me? It is hard for you to kick against the goads.” (against my will)

A goad is a long stick with a pointed end used for prodding animals to spur or to guide them.

It is hard for you to kick against the goads.” This is interesting because Paul had testified that as far as the righteousness of the law was concerned, he was blameless; that he had always sought to live with a clean conscience before God. Many people today, like Paul believe they can stand before God, without being in relationship with Him with a clean conscience.

And yet there was something inside that was goading him, so that when Jesus arrested him, He said, “It has been hard for you to kick against the goads.”

Acts 26:16 But rise and stand upon your feet, for I have appeared to you for this purpose, to appoint you as a servant and witness to the things in which you have seen me and to those in which I will appear to you, Note at this time Paul was not a follower of Jesus and in fact had been one of Jesus’ most zealous opposers. Yet Jesus says ‘the things you have seen…’

Romans 1:20 For His invisible attributes, namely, His eternal power and divine nature, have been clearly perceived, ever since the creation of the world, in the things that have been made. So they (people) are without excuse.

We have no excuse, friend you have no excuse. When we stand in the authentic presence of Holy Spirit, we have two choices either we pray, press in and go deeper or we numb our spirits and deny ourselves of his presence. Which one are you?

When a person hardens their heart and will not listen to Holy Spirit, then God has no alternative but judgment, our hardened hearts invite the judgment of God.

But God’s character is so explicitly marked by grace and mercy, that He always seeks to draw us into, rather than drive us out of his presence. Holy Spirit makes it possible to stand in the presence of a Holy God, to have relationship with Him without being consumed by His Holiness.

So we see a world today that has turned a deaf ear to the reproof of Holy Spirit. We hear people mocking against a righteous life, mocking Jesus and mocking the witness of Holy Spirit.

The name ‘Jesus’ speaks of His mission. The angel said, You shall call His name Jesus (or Joshua), for He shall save His people from their sins. Matthew 1:21

His name, Jesus, comes from the Gk for the Hebrew name ‘Joshua’, which means ‘Jehovah is Salvation’. Jesus said He came to seek and to save those that were lost. That was His mission. And Holy Spirit testifies to the world, convicts the world of sin because they do not believe in Jesus.

It is my belief that the continual rejecting of the witness of Holy Spirit to our hearts constitutes the sin of the blasphemy against the Holy Spirit.

We see how important Holy Spirit is in our rescue from sin, our salvation? Say what  want against Jesus but not against Holy Spirit. It is the sin that will ultimately consign a person to hell. And when the final day of judgment comes and the books are opened, you will be judged by your works.

It is said of Jesus John 3:17 for God did not send His Son into the world to condemn the world, but in order that the world might be saved through Him. Underline that in our minds and in our hearts. He that believes is not condemned. Those words should strike a chord of rejoicing in your soul.

This is the issue: our believing in God’s provision for our sin, our believing that God sent His only begotten Son who bore our sin, who died in our place This is the witness of Holy Spirit to the world. People are suffering from conscience. They know that they are not doing what is right but they will not come to Jesus Christ to receive the cleansing and the forgiveness.

When Jesus sent His disciples into all the world to preach the gospel, He said, Mark 16:16 Whoever believes and is baptised will be saved, but whoever does not believe will be condemned. The whole issue is believing in Jesus Christ. It is the difference between being forgiven and being condemned. That friends is the whole issue of sin.

John testified, Whoever believes in the Son has eternal life; whoever does not obey the Son shall not see life but the wrath of God remains on him. John 3:36