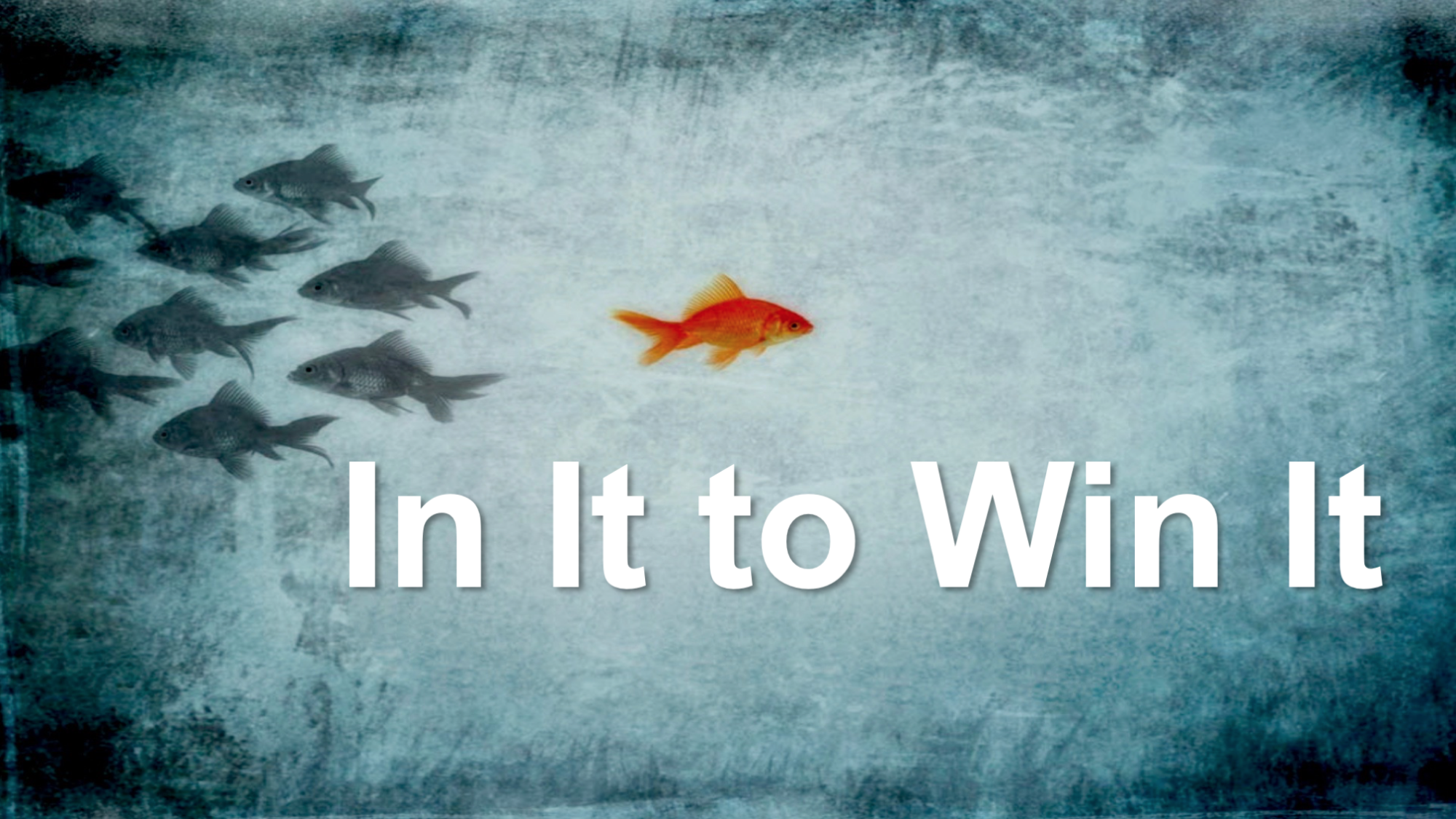 Pastor Ian shares a word titled ‘In It To Win It’.

‘In the world but not of the world.’ It captures a truth about Jesus’s followers. And there’s a real sense in which we are ‘in’ this world but not ‘of’ it.

It is a great little phrase but it might be giving us the wrong impression about our (co)mission in this world as students of Jesus?

Whilst there may be a measure of truth, believing it will cause us to miss the word of life that comes through the spirit of truth.

If we think like this, (in the world but not of the world) then the starting place is our seemingly unfortunate condition of being ‘in’ this world.

And our mission then appears to be doing all we can to not be ‘of” it. So the emphasis then is to move away from the world.I appeal to you therefore, brothers,by the mercies of God, to present your bodies as a living sacrifice, holy and acceptable to God, which is your spiritual worship. Do not be conformed to this world, but be transformed by the renewal of your mind, that by testing you may discern what is the will of God, what is good and acceptable and perfect. Romans 12:1-2

Paul hints at how we can be in but not of, by saying that the way to do it is to have transformed mind. And our transformed mind comes when we seek to be ‘imitators of Christ.’ Ephesians 5:1

So perhaps it would be more accurate at least in light of John 17 to revise the popular phrase ‘in but not of” in this way: ‘not of but sent into.’

Because the thing that is clear, is that Jesus wants us in the world because He knows the world will be better for it. The starting place is being ‘not of the world’ and the movement is toward being ‘sent into’ the world. The emphasis falls on being sent, with a mission, to the world.

Not being on a mission to disassociate from this world. Jesus’s assumption in John 17 is that those who have embraced Him and identified with Him, are already not of the world. And now His calling is our sending, we are sent into the world on mission for advance of the gospel through disciple making.

Jesus’s true followers have not only been crucified to the world but also raised to new life and sent back into the world to free others. Jesus’s assumption in John 17 is that those who have embraced Him and identified with Him, are already not of the world.

So let’s revise the popular phrase ‘In, but not of.” Christians are not of this world, but sent into it. Not of, but sent into. If we are going to see people find hope, communities transformed and the world saved then we must be in it to win it.

We pray that you would carry Jesus as he sends you into the world. He makes the difference, not our just our own personality. Let your light shine, that others may see the ‘change’ and want it for themselves. That’s where the world is changed and transformed. It starts with you.