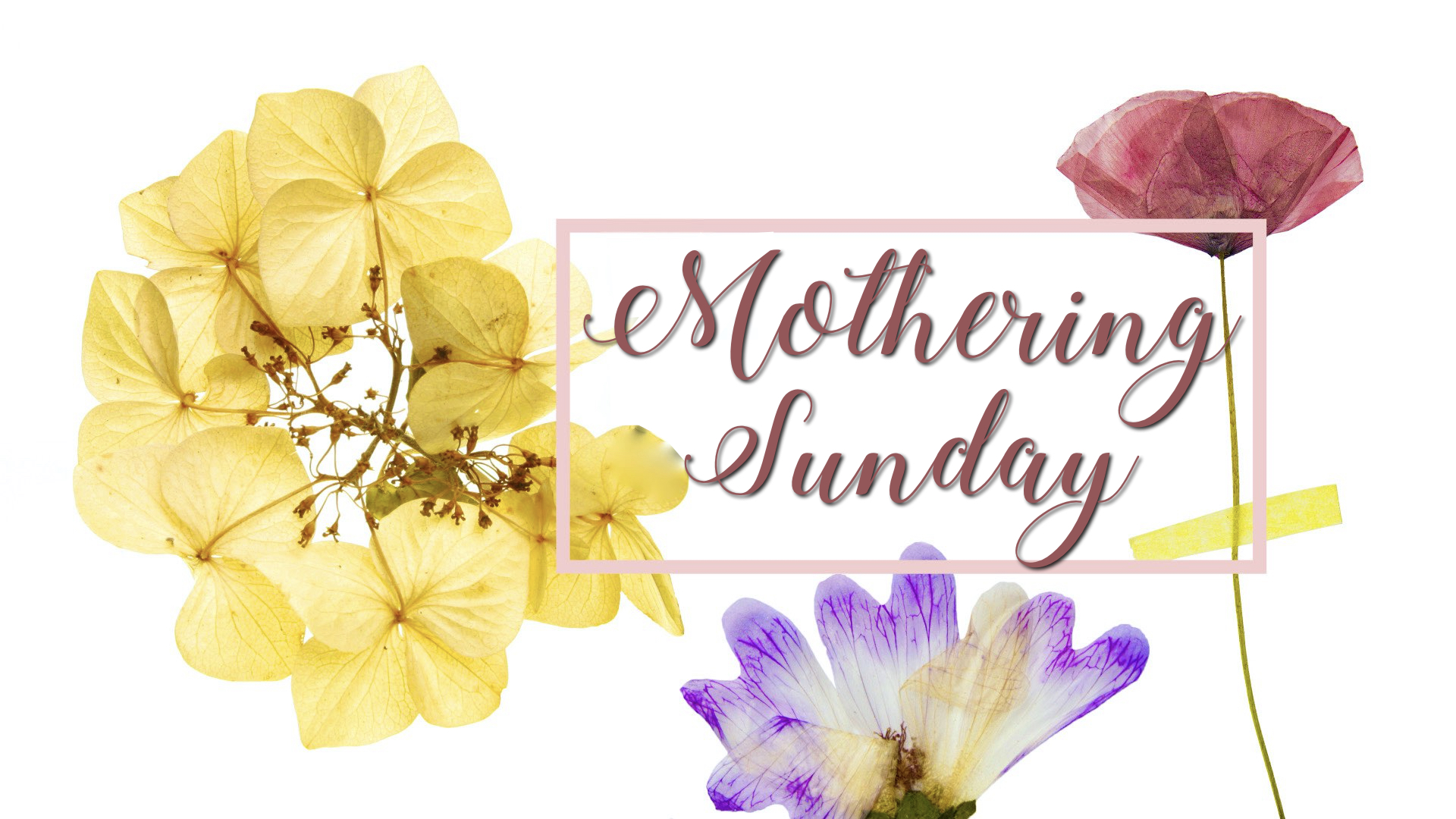 Mothering Sunday began as an explicitly religious event of the 16th Century, with no connection at all to mothers. The word ‘mothering’ referred to the ‘mother church’, which is to say the main church or cathedral of the region where you lived.

It became a tradition that, on the fourth Sunday of Lent, people would return to their mother church for a special service. This pilgrimage was known as ‘going a-mothering’, and became something of a holiday event, with domestic servants traditionally given the day off to visit their own families as well as their mother church.

Coming as it does during Lent, it is appropriate to link Mothering Sunday with the crucifixion of Christ through our Gospel reading.

As we consider this Gospel reading, we are first confronted by the sheer pain of this moment. A dying son. A bewildered disciple and mother whose heart is breaking. Mary knew what it was to suffer. She had suffered when she gave birth in a filthy stable, far from home. Mary suffered when she heard that Herod wanted to murder her baby. She had suffered when she was forced to become a refugee in Egypt. Mary suffered as she watched a whole nation misunderstand and taunt her son. And here, at the foot of the cross, Mary suffers again as she watches her beautiful baby boy being crucified for a crime He has not committed.

In the account of Simeon, who had seen Mary, Joseph and the baby Jesus at the Temple? In Luke 2:34 -35, Simeon said to Mary: “This child is chosen by God for the destruction and the salvation of many in Israel. He will be a sign from God, which many people will speak against and so reveal their secret thoughts. And sorrow, like a sharp sword, will break your own heart.” GNB And now, at the foot of the cross, perhaps Mary’s mind travelled back 33 years to that moment and Simeon’s prophecy finally made sense to her.

There is still something deeper going on in this passage.

We know that He had four brothers – James, Joseph, Simon and Judas – and some sisters who are not named. That seems a little strange that surely one of them could have looked after their mum into old age? But Jesus doesn’t pursue that option. Why? What else is going on here?

It seems that what is happening here, between Jesus the Saviour and the two people at the foot of the Cross who believe in Him, is that a new family is being created.

New family continues to be created all the time through the cross. New family is created in the shadow of the cross. Through the blood of Christ shed for us, a new home, a new community comes to life. A new family is born.

It is here, at the foot of the cross, as Jesus sheds His blood and a woman embraces a boy and a boy embraces a woman, it is here that the church is formed!

These, surely, must be the hallmarks of our church today: Love, Comfort, Support and Hospitality. This is what Jesus had in mind when he formed the church from the Cross that first Good Friday.