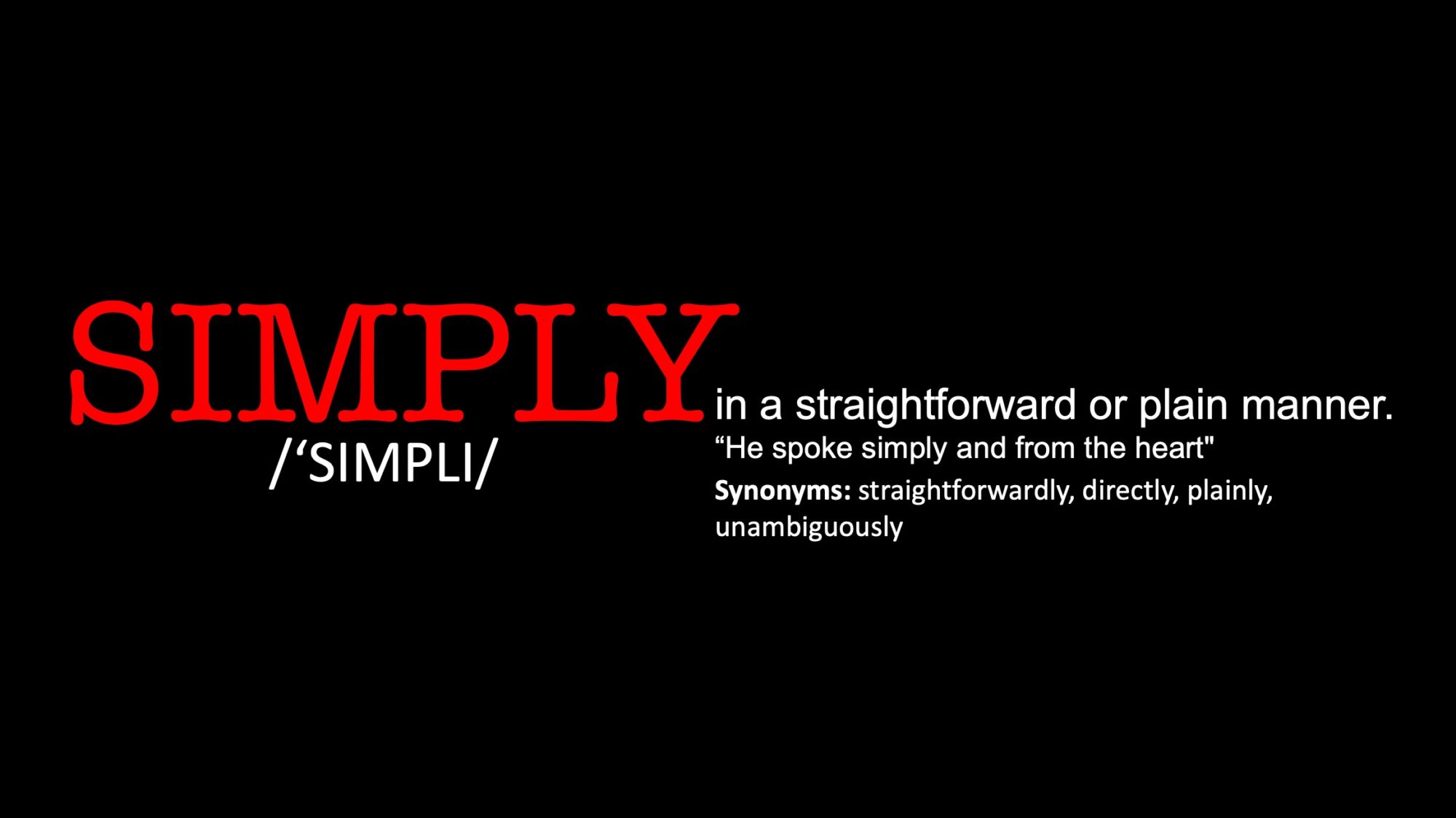 Pastor Ian continues this series ‘Simply’, with the additional focus on ‘Come To The Table’.

Jesus had previously spoken to the disciples around the Passover feast and offered His body to eat and blood to drink. The disciples did not understand what Jesus was saying.

When Jesus and the disciples reached Capernaum (their destination), Jesus decided to explain more to them about what he had meant about offering Himself.

But what made them want to make Jesus king was the miracle bread. Their excitement was based on the fact that Jesus could take away their hunger, not that He had come to take away their sins 1 John 3:5

So, Jesus was telling them that the bread is not the gospel. His message of salvation from sin is the gospel ‘…God did not send His Son into the world to condemn the world but in order that the the world might be saved through Him.’John 3:17

He had come to not save them simply from starvation but from eternal separation from the Father and eternal condemnation and punishment in hell.

He had come to reconcile them to the Father and save them from eternal separation and hopelessness.

Jesus reminded the people that if they wanted to see the kingdom of God and know eternal life they simply needed to believe.

“Then they said to him, “What must we do, to be doing the works of God?” Jesus answered them, “This is the work of God, that you believe in him whom he has sent.””
‭‭John‬ ‭6:28-29‬ ‭ESV‬‬

Jesus promised eternal life for anyone that believed in him.

Jesus came to make the unrighteous, to be righteous by exchanging His righteousness for ours.

We pray that today you will come to the table believing in him. Knowing that he died in our place, we no longer live in condemnation or shame. Know you can live life forgiven.