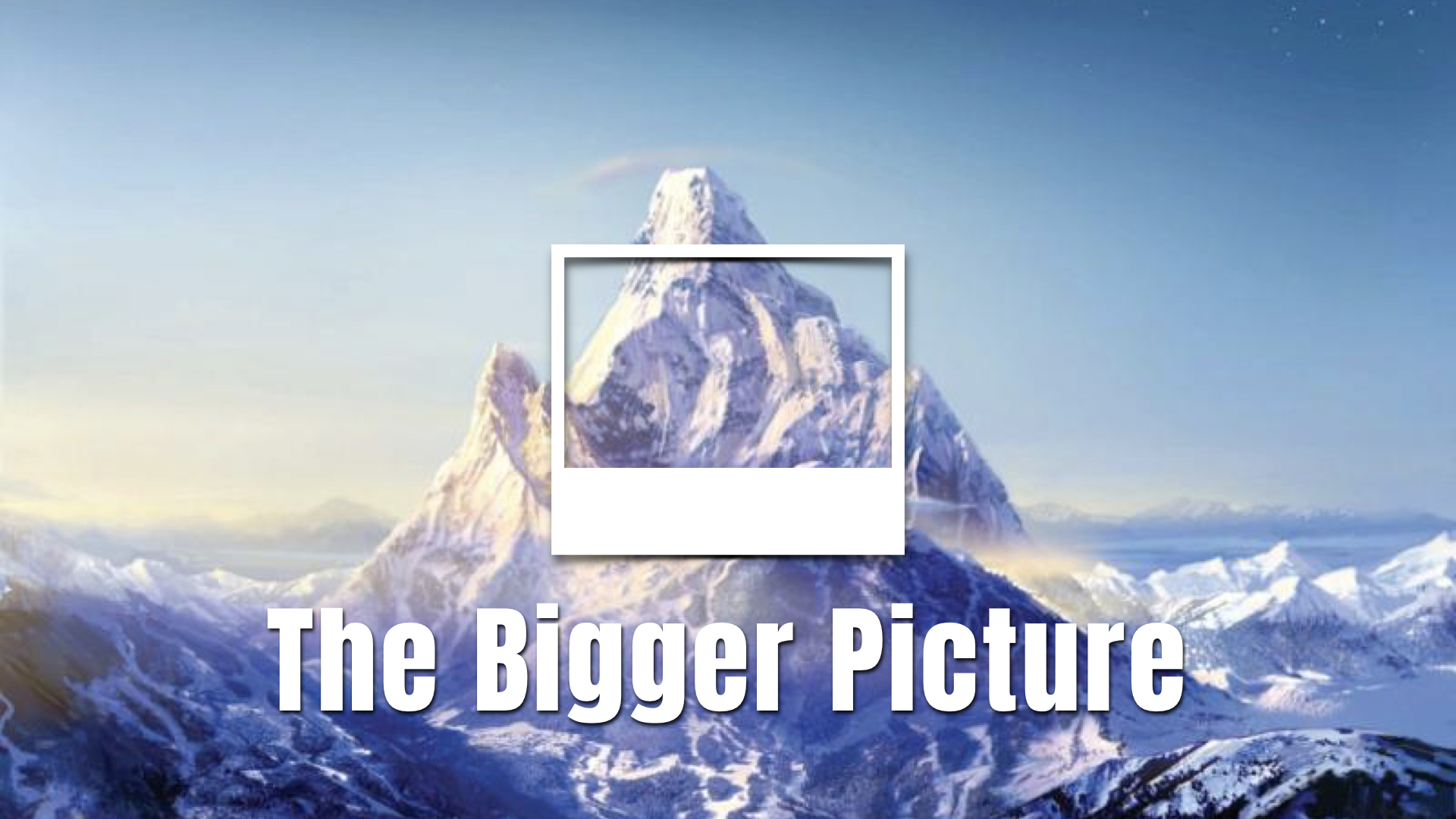 We read in  Genesis 37-50 the account of Joseph and his brothers. As the story goes his brothers were jealous of him and were plotting to kill him because he was telling them about dreams he had had-how they were bowing down to him.  But they didn’t kill him and instead sold him into slavery.

He was sold to Potiphar, wrongly imprisoned, interpreted dreams, worked for Pharaoh and became second in command in the whole of Egypt and in turn saved many other people. When reunited with family, his brothers thought he would kill them. But one thing that stands out, is the fact that God saw the bigger picture for Joseph and his life.

There must have been times in Joseph’s life when he just wondered what on Earth was happening?

God seldom shows us the whole of our lives, the way that it’s going to go. He might show us bits of it and they might not be in linear order just like Joseph! He saw his brothers bowing down to him but little did he know it would be some 30 years later.

We have King David. He was anointed by Samuel while Saul was still king. Strange thing to do and it would be another 15 years before he became king.

So if God has spoken something into our lives, then we need to hang on to it. Our timing and Gods timing are not the same. How many times have we thanked God that we didn’t know what was coming up?

He shows us as much as we need to know and we then have to trust Him that He knows what He is doing. Trust Him with the rest. Its not always easy. We are naturally impatient and some of us like the t’s crossed and the I’s dotted   But that’s not God.

Genesis 1:1 says “In the beginning God (that’s God) created the heavens and the earth”.He created it and us and He know what He is doing. He has the bigger picture. He knows why He created it and what for and what will happen.

Psalm 139 says: “your eyes saw my unformed substances; In your book were written, every one of the days that were formed for me.  When as yet there was none of them”.

Corinthians 13:12 says: “for now we see a poor reflection”. That’s all we can see. The other day I was praying and I pulled my scarf up over my face and I looked through it.  I could see all the tiny holes in the knitted scarf but could see the object before me with ease. We cannot see thing as they really are.

God has and does see the bigger picture. We might be thinking…Nothing is happening. How long do I/ Ws have to wait for something to happen/change? We  might be thinking… There is nothing for me – I don’t fit in- no one likes me – no one speaks to me!!

But we need to hold onto the fact that:

He cares for us

And He and only He knows the bigger picture.

In time we will have hind sight. Even now in our lives we are thankful that God didn’t answer some of our prayers.  We look back and know why He didn’t answer some of them.  How many have prayed about a certain person we thought might have been marriage material?  We prayed and tried to convince God that they were just perfect for us!!  They we got to know them.  Then we thanked God that He didn’t listen to us.  That He knew better. And that’s not just marriage issues. That job, house. Be very careful what I name and claim before God. With hind sight we will see how it all comes together. When we look back and see how God has and is weaving His thread through our lives. Our Families. His Church, our communities, our towns and cities.

We need to understand that we are a part, maybe even a small part of God’s bigger picture. This is not about us. Our needs, Our wants. We are part of it and most of all God wants us part of it. We all have a testimony of what God is doing in our lives and that can be helpful to someone else. It’s not just about us but others.

Everything we go through has the potential to help others. We can wallow in self-pity, in doubt. But God can and will use these experiences if we let Him. How encouraged we can be when someone shares what they are going through and it speaks directly into our lives.

In chapter 50 of Genesis we see Josephs father, Jacob had died. The brothers though that this would be the time Joseph would get his revenge for what they had done to him. But v.19 & 20 say this. This is joseph talking to his brothers…Don’t be afraid.  Am I in the place of God?  You intended it to harm me, but GOD intended it for good to accomplish what is now being done – the saving of many live.

Hold on to this fact and keep looking out for that marvellous, wonderful, colourful bigger picture that we are all involved in.