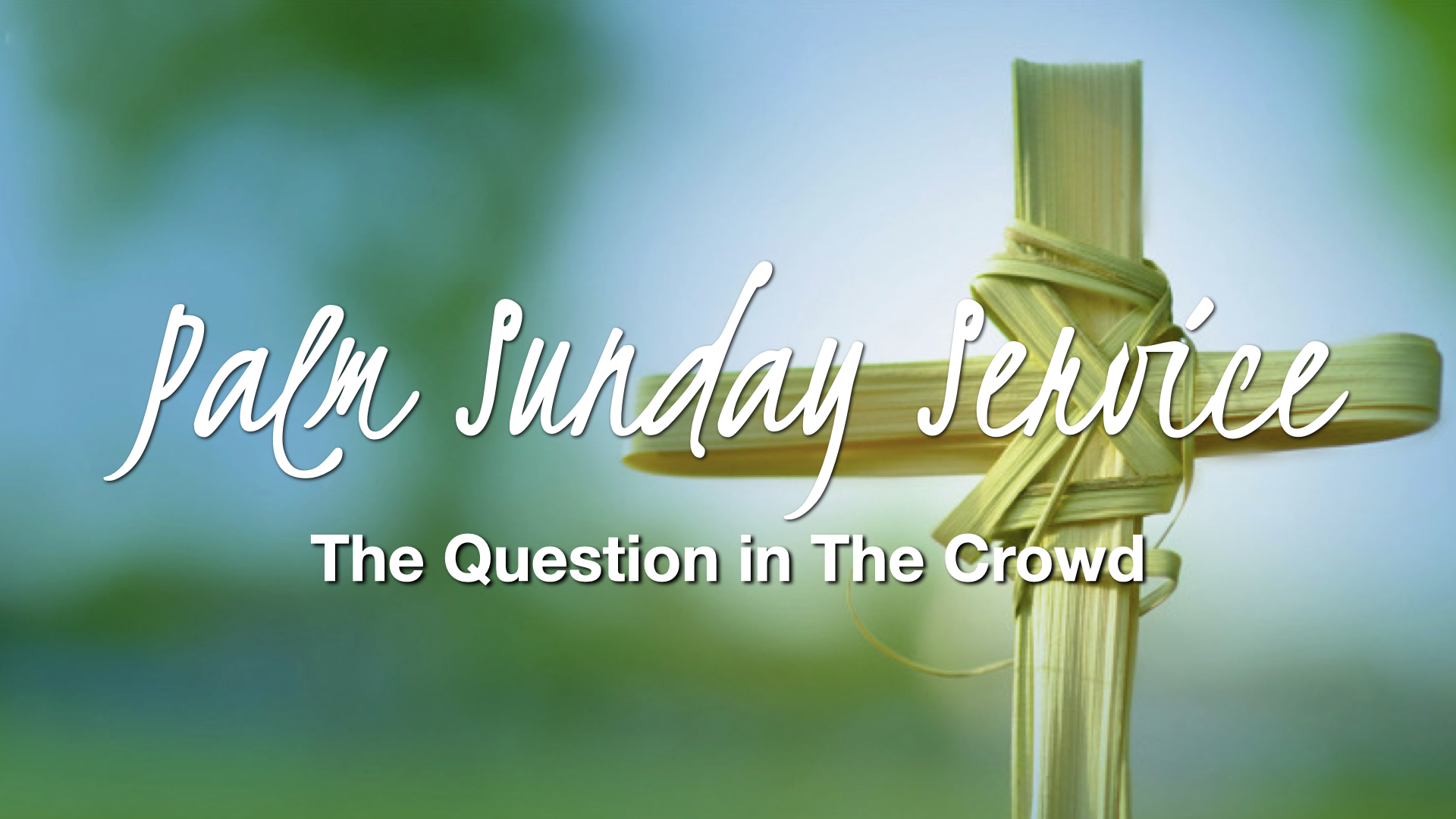 The Question In The Crowd

According to the Gospel of Matthew, Palm Sunday was the first time Jesus ever appeared in the city of Jerusalem. Jesus knew that His ministry would not be complete and His mission would not be successful unless and until, He took His gospel message from the small towns of Galilee in the Northern part of Israel and declared it in the great Temple in Jerusalem.

Jesus had spent three years preaching, teaching and healing throughout the small and sometimes remote towns of Capernaum, Nazareth and Bethsaida but Jerusalem was where every new idea and every new philosophy would end up sooner or later. There is absolutely no question about the fact that the key to the gospel being able to reach to the ends of the earth as commanded in Matthew 28 was that Jesus first took the gospel to Jerusalem.

The gospel had to be declared in places that served as the crossroads of culture and ideas. The message had to be preached in places where the world was coming and going so people who heard it could take the message with them wherever they went. Coming to Jerusalem on Palm Sunday was not a casual occurrence; it was a strategic decision and a necessary first step in the process of global evangelisation!

We can learn a lot about the people of Jerusalem as we look at the Palm Sunday narrative in Matthew. The story boils down to an encounter between two groups of people. Some in the crowd knew who Jesus was and had heard all the stories about Him.

When Jesus rode into Jerusalem on the first Palm Sunday, this first group responded by crying out, ‘Hosanna to the Son of David, Blessed is He who comes in the name of the Lord.’  There were however, others in Jerusalem that day who had no idea who Jesus was; they were probably the overwhelming majority of the residents and religious pilgrims in the city. T

Matthew, records there were people who were laying their garments on the ground and tearing off branches from trees to create a kind of ‘red-carpet arrival’ for the Man they believed to be the Messiah, the Son of God or at least the One they thought might be the Son of David, an earthly king who would overthrow the Romans and restore Israel to its former glory as it enjoyed in the days of David and Solomon. These were the people who were making all the noise and creating all the uproar; they were welcoming the change they thought Jesus’ arrival heralded.

On the other side, there were the genteel and sophisticated citizens in Jerusalem who had no idea what was going on that day. Let’s not forget, there were 12 gates in and out around the walls of Jerusalem. Depending on the gate you came in through, it was possible for most people in the city to have no idea that anything was going on across town. Most of those who observed the events of Palm Sunday had no idea who this was at the centre of all the commotion.

You can tell a lot about what people think simply by listening to their tone of voice when they ask questions.

In a world full of many religions and philosophies, where people either believe all religions are the same or that some vague spirituality is all they need or want, it is important for us to have an answer to the question: Who is Jesus

The world is full of books that have a shelf life of a few months to a few years, after which nobody reads it any more. Kingdoms have risen and fallen. Ideologies and philosophies have come in and gone out of fashion, but during all that time and despite all the other voices and views, people are still lifting up the name of Jesus.

Who is this? was the question in the crowd on that day, and that question stands today waiting for each one of us to offer an answer. Who is this?

Do you speak the words with scorn and contempt? Or do you hold a better view of Jesus?

Do you agree with those throughout Israel who believed Jesus was a prophet? That is what many of His followers said as Jesus rode into Jerusalem that day: “This is Jesus, the prophet of Nazareth in Galilee.” All they could say is that He is like Isaiah, Jeremiah, Amos or one of the prophets.

That is what all but one of the disciples is recorded as telling Jesus in the 16th chapter Matthaw, when He asked them, “Who do men say that I am?”What they said was not wrong but it was insufficient. Thank God for that one disciple who had a different response. Thank God for Peter who declared: “You are the Christ, the Son of the living God.”

That’s the answer to the question in the crowd on that first Palm Sunday.

Who is this? about whom the triumphant hymn was written:

Bring forth the royal diadem and Crown Him Lord of all!”

That is who Jesus is.