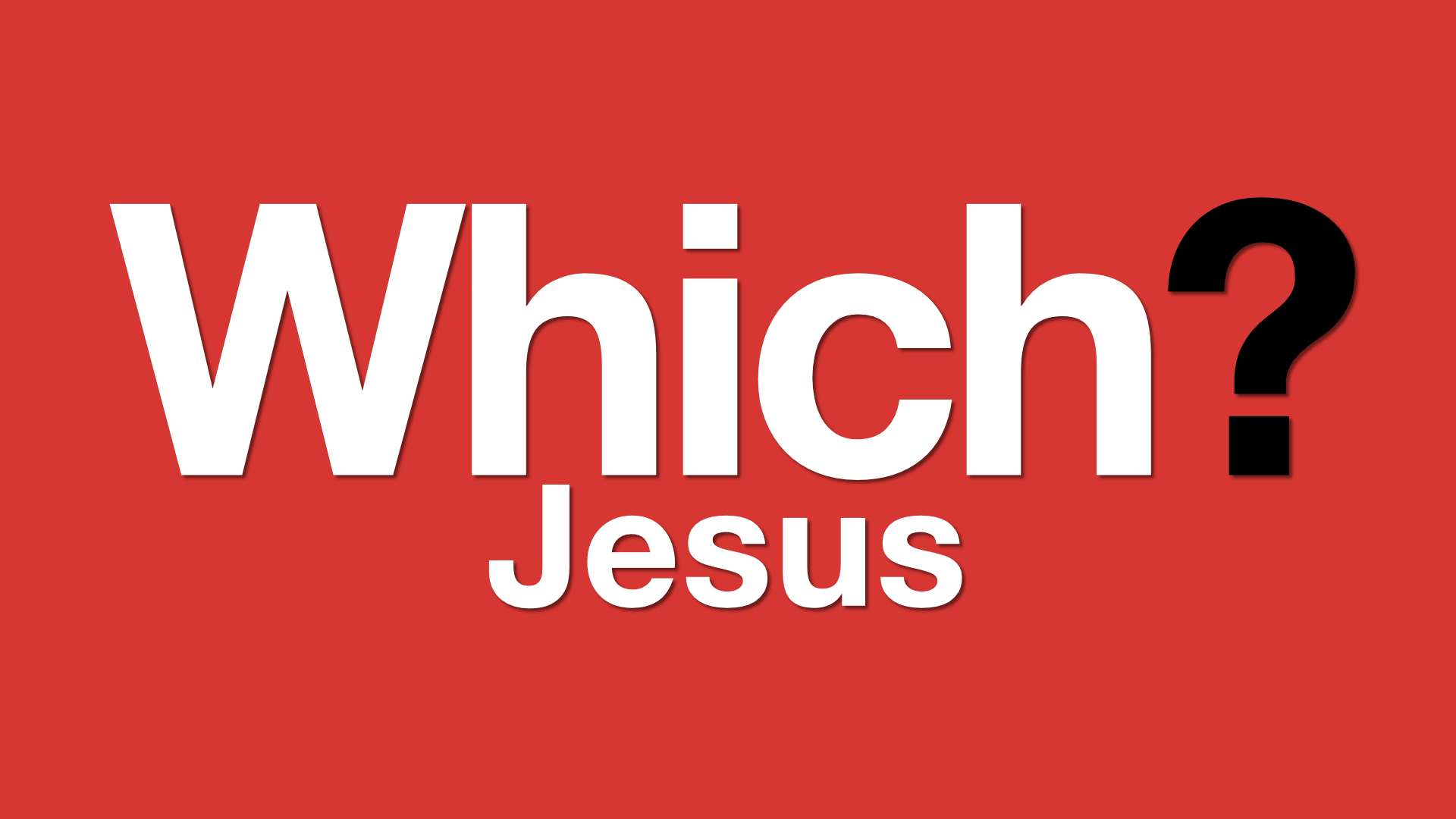 It may sound strange to our ears that there were two Jesus’, the name Jesus is simply the Latin form of the Hebrew name for ‘Joshua’ and was a very common name. Joshua means ‘Jehovah is Salvation’ (God to the Rescue)

Stranger still, that the crowd would choose Jesus Barabbas, rather than Jesus the Christ.

Yes, the gospel text tells us that the priests misled the crowd and encouraged them to demand Barabbas. But the text also tells us that Barabbas was notorious. He wasn’t a no-name, small time crook. Yet choose him they did. If we are honest, perhaps choosing Barabbas is not so strange for us as we might first think. We find that we don’t really want that other Jesus. After all He’s always calling us to repentance.

He told one man to sell everything and follow Him.

He says that we need to pay more attention to the poor, widows the marginalised those on the edge of acceptable society.

Jesus seems nice but He has all these demands and requirements. He simply is not like us.

Jesus the Christ is ‘other’ worldy, another kingdom, He’s different. He is not what we want. We’ll take Barabbas. He’s our kind of people.

But as long as he doesn’t get into our lives or our business, it’ll be fine. Perhaps more accurately we should say, we are like him.

No riots, but there is plenty of rebellion in our hearts. Jesus the Christ said to a wealthy young man Mark 10:17-19 and Luke 18:18ff who asked Him, ‘Good teacher, What must I do to inherit eternal life?’ Jesus reply was: ‘Why do you call me good? No one is good except God alone.’Understand Jesus wasn’t saying in that statement that He is not Good because He is. As the saying goes, ‘It takes one to know one.’ …and we know Barabbas.

Which Jesus do you want? Jesus Barabbas or Jesus the Christ?

Barabbas (Bar Abbas) means ‘Son of the Father.’ Christ or Messiah, means ‘Anointed or Chosen one’.

The one who is the Chosen one, is the Jesus who is not chosen?

…He had no form or majesty that we should look at him and no beauty that we should desire Him. He was despised and rejected by men, a man of sorrows and acquainted with grief; and as one from whom men hide their faces He was despised, and we esteemed him not. Surely he has borne our griefs and carried our sorrows; yet we esteemed Him stricken, smitten by God and afflicted. But He was pierced for our transgressions; He was crushed for our iniquities; upon Him was the chastisement (Punishment) that brought us peace and with His wounds we are healed. All we like sheep have gone astray; we have turned everyone to his own way and the Lord has laid on Him the iniquity (Crimes/injustice) of us all. Isaiah 53:2b -6

Two men called Jesus, one pillaged and killed. The other loved and suffered. People were called to choose between these two ideals…and still are. On that First Good Friday, the one ended up on the cross intended for the other and the guilty man walked away free. An amazing picture of what the cross of Christ really means. Jesus took Barabbas’ place and He took ours as well.

We did not choose Him but He chose us. Pilate’s cunning plan went awry, unexecuted. But God…But God’s glorious plan was executed in the execution of Christ, the crucifixion and resurrection of Christ.

The apostle Paul writes of Christ Jesus, ‘…being found in human form, He humbled Himself by becoming obedient to the point of death, even death on a cross. Philippians 2:8

Our sinful flesh chooses Barabbas, as did the crowd, why because he is like us.

But Christ chooses us, that we may be like Him.

Pilates cunning plan went awry. But God’s glorious plan was fully executed in the execution, the crucifixion and resurrection of Christ.

‘In Him we have redemption through His blood, the forgiveness of sins, in accordance with the riches of God’s grace.’ Ephesians 1:7

We did not want Him. But He wants us and saves us.