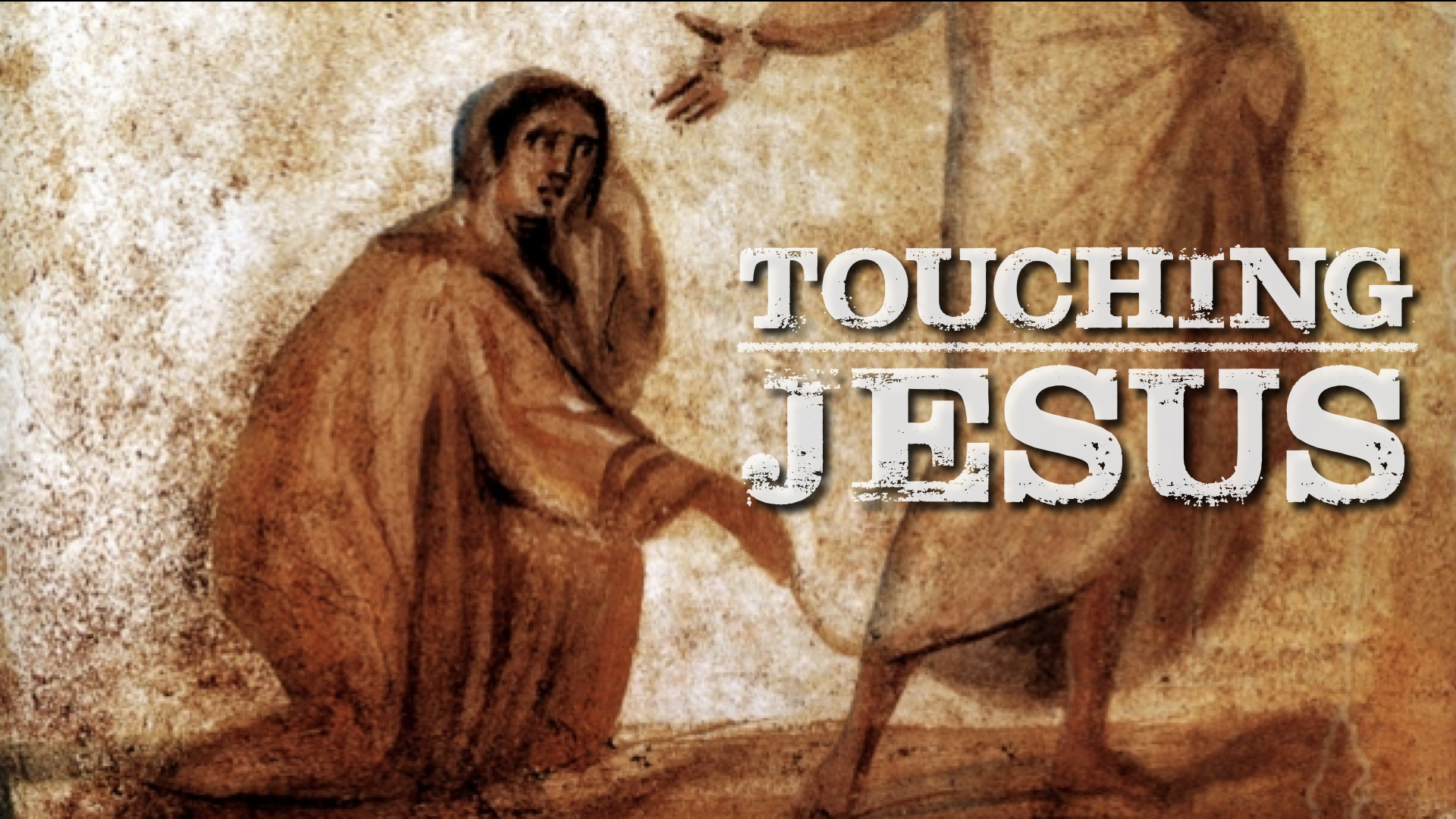 Touching Jesus is all that really matters. Then your life will never be the same. There’s only one way to touch Him. Just believe when you call on His name.- words of an old song

Quite often we hear people crying out to God for various needs in life, asking God to touch them by His power. There is something wonderful about touching God. Touching God requires that we draw close to Him and enter into the realm of the Spirit. Just one touch of the Master’s Hand will make all the difference in any situation. Just one touch, that’s all it takes for healing, for deliverance, for victory and for everything in life to change. Just one touch to know Him

On this day, there was a sickly, frail, woman who decided to believe in Jesus’ power to heal and she did what she had to do to get to Him and touch God for her need. Her story is one that has inspired and encouraged people throughout the ages, to keep pressing in until they touch Jesus.

She was presence She recognised that she had a great need and that no one else could meet that need but God Himself.

She had faith to believe that all she had to do was just get to Jesus, so she would not stop until she reached Him, no matter how long or what it took. Jarius, had also come to a point of desperation because his daughter was dying and his only hope was in Jesus.

How many of us do not go to the Lord Jesus Christ in prayer, seeking His help until we become so desperate because we have exhausted all of our own knowledge and ability.

We pursue the presence of an immanent, God not the presents of a stimulant God.

There is a price to be paid though, if we are to touch Jesus.

To press in to touch Jesus, there has to be a single- minded, focus and willingness that abandons, leaves self and ideas of self-preservation behind.

2 Samuel 6:22 (Michal) I will make myself yet more contemptible than this and I will be abased in your eyes.

There were a lot of people following Jesus that day. As the news spread that Jesus was going to perform a miracle of healing for Jarius’ daughter, the crowd of followers began to grow rapidly.

It isn’t hard to get a crowd excited about seeing the unusual. Just let a fire start and there will be a crowd. Just pass a road traffic accident and soon the roads will be jammed with ‘rubber neckers’ that want to see everything. People love to see different things and be a part of something that is really happening.

Jesus walked along at the front of this crowd that continued to grow as He walked. He wasn’t looking to draw a crowd but that’s what happens His presence, not His personality draws people.

We who call ourselves students of Jesus, have that same opportunity today. We can know Jesus, hear His voice and follow Him just as close as we want to as long as we are willing to pay the price to have the relationship with Christ that relatively few people are willing to pay.

Many people are simply satisfied with only a little knowledge of Jesus and they don’t care to really have an intimate and personal relationship that is as deep as what the disciples had. That’s the kind of relationship I want.

It’s a simple invitation ‘Do you want to touch Jesus?’

There would have been people there before the woman arrived yet they lacked the desire to press in because they were satisfied with just being a part of the crowd. They wanted to be witnesses of what was happening but they weren’t really a part of it at all.

We hear those who claim to have been a part of what God is doing but I wonder just how much of a part they really played.

Were they just part of the crowd where it happened or were they close enough to pray right along with Jesus and have a real part in the work that God is doing?

Jesus disciples were those who stayed close to Jesus, watching and waiting for the next move of God.

But there were also people who were so far from Jesus that all they could get was second hand information or rumours, that were passed from one to another until it reached their ears.

They couldn’t see what Jesus’ was doing because there was too much between them and Him. They couldn’t hear the voice of the Lord because of the volume of noise that drowned Him out.

They were too far away and were left wondering what had happened?

It doesn’t take commitment to be a part of the crowd that hangs around the outside wondering what is going on!

It takes some commitment to get close enough to know and see what God is doing!

It takes a huge commitment to actually be a part of what God is doing.

The Good News us that we can change our position in the crowd. if we are willing to pay the price.

Do you want to touch Jesus?